“Huge unexploded WWII bomb found in London” (Click Here to Read) According to the story bombs are found in historical war zones every so often. Seven have been found in London over the past 5 years. This is not unusual, maybe, except for the size. It is 5 feet long and weighs 1,000 lbs. and has been under a retirement home for at least 70 years!

Hidden. Bomb. Just waiting for an accident, or nature rusting to the core… Potential devastation. Two schools and 400 homes evacuated. Not a ticking time bomb, but potential danger just a few feet away.

I was thinking about the things we have purposefully hidden from view. Things we hope are never revealed in the light of day. Thoughts. Deeds. Things we have buried deeply. From loved ones. Friends. Even from self. We do a good job of masking the signs of what is hidden.

Until something reveals a portion of the bomb, maybe just the tail fin. Then, in a flash, our past is unearthed and all is revealed.

There are many who have hardened their heart against their past. Like armor their past is protected from discovery.

But there are those with a tender heart, and maybe even guilty feelings, who are easily dislodged by the past. Hidden things. Secrets. They look for resolution. Forgiveness. All the while they worry about the sudden exposing of the past.

King David wrote about this internal struggle a number of times.

O Lord, all my longing is before you; my sighing is not hidden from you.

O God, you know my folly; the wrongs I have done are not hidden from you.

If he already knows, then why are we worried? Lets look a little deeper. Jesus warns in some of his teaching that anything hidden will be eventually revealed.

It’s a fearful thought that who we “were” and what we hope to never be “revealed” will somehow come to the light of day. However, there is a way to assuage the guilt, to erase our sin. A single scriptural principle.

The fear of the LORD is the beginning of wisdom; all those who practice it have a good understanding. His praise endures forever! (Psalms 111:10 ESV)

This word “fear” should be better interpreted as “moral reverence” – it is not the fear that leaves us quaking from the boogey man. Rather, it’s the reverence we have for the moral superior. It’s respect. Almost like the feelings we get when we are around somebody we want to rub shoulders with, but are perhaps afraid of getting too close to them.

Revere. Respect. Even worshipful. It’s almost as if we expect this special one to see right through our thin veneer. What’s under the surface? What are we hiding?

That’s when we need to work on making things right, but at the same time seek forgiveness. Only then can healing begin.

Notice that other phrase, “all those who practice it have a good understanding“… All those who “practice” this concept.

It reminds me of a story about a famous and perfectionist violin player. Someone says to him one day, “I want to play just like you.” To which he replied, “No you don’t. If you did, you would be at home practicing right now!”

Practice. Practice Reverence. Practice Respect. This action of “practice” will give us a good understanding! What does this give us? Check out this last scripture…

He does not deal with us according to our sins, nor repay us according to our iniquities. For as high as the heavens are above the earth, so great is his steadfast love toward those who fear him; as far as the east is from the west, so far does he remove our transgressions from us. As a father shows compassion to his children, so the LORD shows compassion to those who fear him.
(Psalms 103:10-13 ESV)

One thought on “When That Which Is Hidden…” 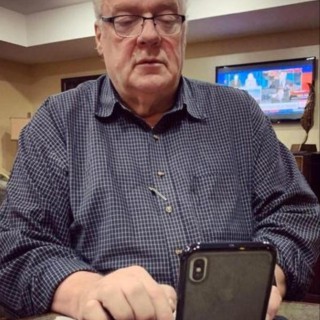